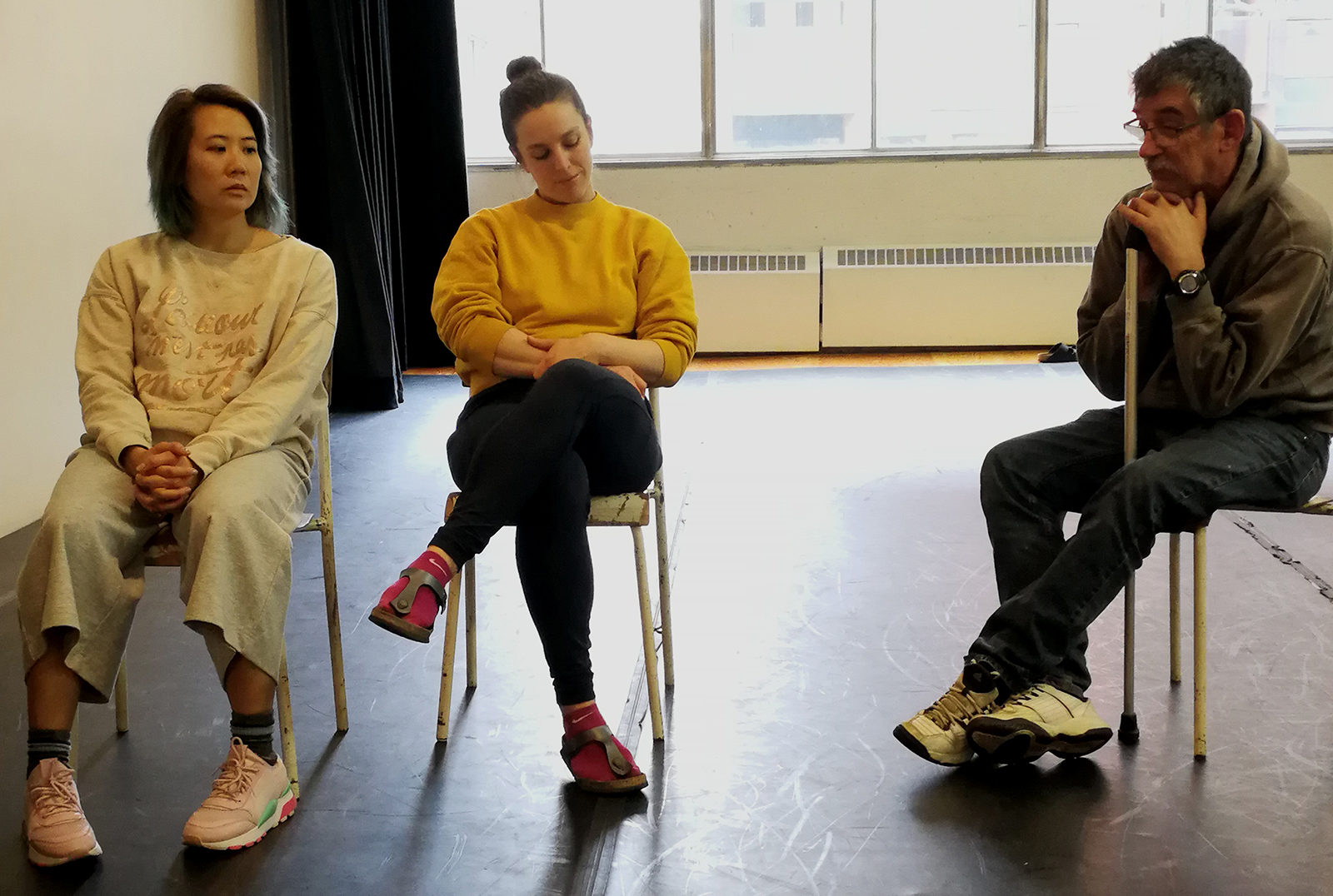 Les waitress follows the path of a nomadic man in a labyrinthine universe and against the established order. There are waitresses, who constantly ask themselves “Why are we sad? Why are we mad?” Escapes and music seem to be the lifebuoys of these characters repeating the same gestures over and over again.
A contemporary Western, Les Waitress takes us on a tour of a mountain, a bar, stories of drunken cats, shoes, souvenirs, a railway, beer bottles and line dancing, all to a tune by John Denver.

Michael Nimbley, who has collaborated on four of Joe Jack and John’s productions, is the company’s first artist in residence.